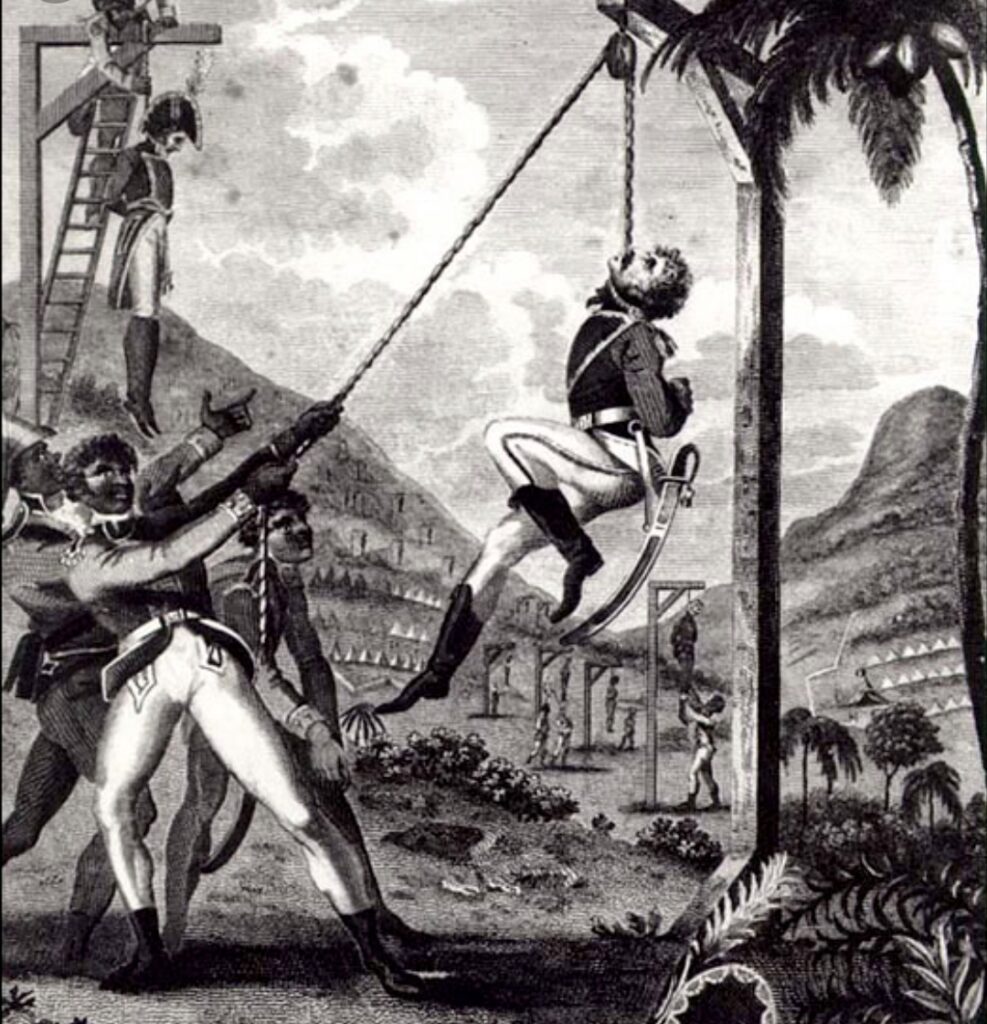 In 1804 Haiti declared its independence, completing the rebellion that had started over a decade before. The revolution sent Shockwaves around the world, proving that the might of Europe could be challenged and defeated by enslaved Africans. One of the impacts of the revolution was the Abolition of the British slave trade Act passed in 1807, In large part because the British were terrified of the African-born enslaved, who were central to the revolution.  Haiti’s particular brand of  slavery meant that people were often worked to death and they would simply restock with fresh African flesh, meaning most of the population was African-born. Slaving nations were also terrified that the contagion of revolution would spread across the America’s and the system would be overturned. This was particularly the case in the Dominican Republic, Which shared the island with the newly independent Haiti. Upon achieving  freedom Haiti declared itself a sanctuary for the escaping slavery and repelled numerous attempts at European invasions to recapture the island. Haiti is still used as a symbol of resistance across the 🌎,  with figures like Toussaint L Overture immortalized in the Black imagination

. But though they were unable to retake Haiti, Western powers actually achieved a much bigger success with the newly liberated nation.

In 1825 France threatened the young nation with it’s warships and demanded the equivalent of billions of dollars in compensation for the loss of the colony, in return France would recognize Haitian sovereignty,  it took until 1947 for Haiti to make the payment, crippling the country’s economy. During that time and since, The price paid for Haitian nationhood was not just symbolic. The problems Haiti has faced since it’s liberation is that it is surrounded by the hostile enemies of black freedom, Haiti was effectively cut off from the rest of the world 🌎 and never allowed to be a successful state. The result was internal chaos driven by property that the west created. An Amerikkkan occupation of Haiti in 1915 further destabilized the country and it should come to no surprise that Francois Duvalier, also known as papa doc was able to come to power in the 1950s and install a violent dictatorship over the island.

The west is a mess. We are more powerful than we know.  Truth to power ✊🏿